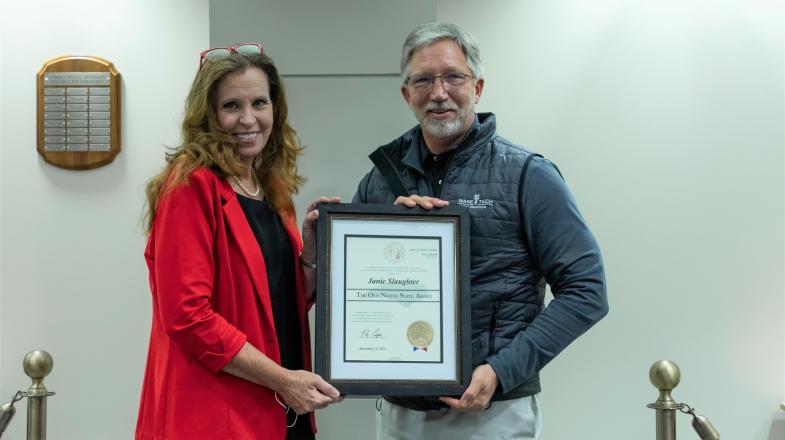 Given by the governor’s office, the award recognizes individuals with 20 or more years of service to the state of North Carolina. It was presented to Slaughter Dec. 17 at her retirement reception. She officially retires at the end of this month.

Slaughter began her career at Wake Tech in 1997 as a part-time instructor. She eventually became a full-time instructor and was named department head in 2006. During Slaughter’s tenure, the criminal justice program continued to grow and flourish and has strong ties to law enforcement and public safety communities due to her leadership.

In 2004, Slaughter was honored as a Wake Tech Excellence in Teaching nominee for the Business and Public Services Division and she attained the rank of professor in 2017.

“Janie always strives for excellence and ways to catapult the criminal justice and forensics programs to the next level,” said Provost Walter Martin. “From her crime scene room creations to the live outdoor investigation drills, she always sought ways to engage the students as close to reality as possible. She really put Wake Tech’s program on the map recently with the adoption of the Ande Rapid DNA testing system and it’s usage by local law enforcement agencies.”