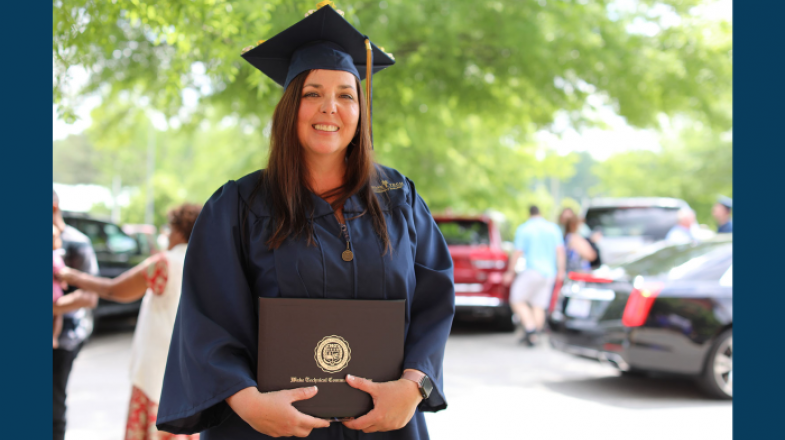 RALEIGH, N.C. (February 19, 2021) – Eighty-one percent of institutions in the North Carolina Community College System (NCCCS) are using Wake Tech’s Finish First NC (FFNC) data tool to increase student completions, and now the innovative program is being piloted at Louisburg College. Thanks to a $31,000 grant from Lumina Foundation, Wake Tech has been testing its Finish First NC data tool—a robust program that rapidly identifies credentials that can be awarded to students—for the first time in a non-community college setting at the independent, two-year college in Louisburg, N.C.

The ongoing, three-month pilot involves Wake Tech and Louisburg collaborating to configure the Finish First NC data tool to Louisburg College’s credential requirements, testing its performance and functionality at the college and training staff on using and implementing the tool. During the 2018-2019 academic year, Louisburg College graduated 90 students, according to IPEDS data. The FFNC tool has identified 42 credentials so far that students at Louisburg could obtain within one semester upon completing the requisite credits.

“Finish First NC users at NCCCS colleges regularly share feedback about how FFNC has increased completions, facilitated personalized student outreach and empowered advisors with information about pathways to completion,” says Bryan Ryan, Senior Vice President of Effectiveness and Innovation at Wake Tech. “We have been eager to build on the successes we’ve seen with the FFNC tool at Wake Tech and other colleges in the System, to see what’s possible externally and to learn about resource requirements for the expanded use of FFNC.”

Since November of 2017, Finish First NC has helped 47 of North Carolina’s 58 community colleges identify more than 70,000 unawarded credentials for which students have completed the requisite credits and more than 253,000 credentials for which students are within one semester of completing. While not all identified credentials are awarded, usually for policy reasons, Finish First NC boosts the number of degrees, diplomas and certificates attained, evaluates students’ shortest paths to successful credential attainment, and highlights opportunities for institutional improvement. The NCCCS and Wake Tech have offered the tool at no charge to community colleges in North Carolina.

“In addition to illuminating clear pathways for credential attainment for students and advisors at Louisburg College, this support from Lumina is ensuring we gain valuable insights into the technological and human resources needed to successfully deliver Finish First NC beyond the public community college system in our state,” says Ryan. “It’s helping us identify possibilities and constraints associated with customizing and using the Finish First NC tool in anticipation of expanding its use.”

Wake Tech created the innovative and powerful data tool in 2015 to boost completion rates. With the use of the data tool, Wake Tech seeks to increase completion of credentials for students’ successful transition to careers or further education which directly contributes to Lumina’s Equity Imperative.

The Lumina grant is the third award for Wake Tech’s Finish First NC initiative. The first grant, also from Lumina, enabled the state to implement the tool at 15 pilot community colleges in North Carolina. A second grant from the John M. Belk Endowment allowed the tool to be delivered to the rest of the state’s community colleges. The Belk Center for Community College Leadership and Research is conducting an independent evaluation of the Louisburg College pilot through the end of February 2021. 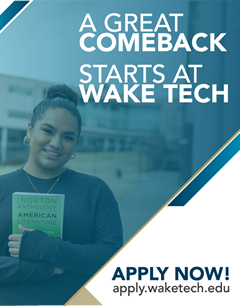